In an extraordinary week in the publishing industry – indeed, an extraordinary week in the world – the announcement that London Book Fair Director Jacks Thomas is to step down in the summer just adds to the air of unreality. Thomas has been a mainstay of the fair for seven years during which time she reinvented the show, adding, as the fair’s non-executive chair David Roche, put it “layer upon layer of content”. Under her stewardship the Market Focus programme went from strength to strength, and the Building Inclusivity in Publishing conference, which she founded, help drive real change in the industry. Thomas will be a very hard act to follow.

Now that we are all living in a science fiction novel – and one in which no one quite knows how the plot will pan-out – each day brings a new strangeness. Suddenly some recent industry gatherings seem more special because they were held just before The Great Shutdown. So Markus Dohle, global CEO of Penguin Random House, hosted a touching – and often very funny – memorial service to celebrate of the life of Sonny Mehta, editor-in-chief and chairman of Knopf Doubleday publishing group who died in December at the age of 77.  The funniest moment came when former Pan publicity director Jacqui Graham recalled Mehta’s famous silences. “They were legendary, powerful, often eloquent,” she said. “One had to learn not to gabble to fill the void. A lesson I learned early, when I tried to break a gloomy silence about the prospects for a book we were publishing with ‘It will all be absolutely fine’. To which he replied, ‘Don’t come in here with your f*****g optimism.’”

The frequency of the use of the word ‘unprecedented’ is itself unprecedented now, and it’s worth pausing to register an unprecedented (see, there it is again) piece of publishing history that, for understandable reasons, hasn’t quite registered in the way it should. The walk-out by staff at Hachette’s offices in New York and Boston over Grand Central’s intention to publish Woody Allen’s memoir Apropos of Nothing is surely the first time a publishing house has cancelled publication of a title because of a revolt by staff. Can anyone think of another example? When has there ever been a walk-out over a publishing decision – not pay or conditions – but over the imminent publication of a title?

Also, it follows the American Dirt protest by latinx authors in New York a couple of weeks previously in which they secured a meeting with Macmillan management at which certain concessions regarding latinx representation in both staff and publishing were granted and which were then announced by the protesters at an impromptu press conference in a Manhattan park. That is unprecedented too. It is almost as if the virus has unleashed a kind of energy, but that is fanciful and possibly a sign that COVID-19 has struck your correspondent.

Meanwhile, the list of cancelled shows, events, author tours, launches and festivals grows longer by the day. Fortunately, the party to bestow the London Book Fair’s Lifetime Achievement Award on Bloomsbury founder Nigel Newton was able to go ahead. Stefan von Holtzbrinck, CEO of the Holtzbrinck Publishing Group, gave a warm and very funny tribute, and Newton responded with some much needed positive words. “What of the future of publishing?”, he asked. “In my view it’s boundless, and we’re so lucky to be in an industry that is strengthened by every piece of competition, every threat that was meant to destroy us but in fact has made us stronger and stronger….”

The virus is particularly worrying for bricks and mortar booksellers since they face a double whammy: first of all, they are public facing and so presumably more at risk of contracting the virus, and secondly, the virus means reduced footfall and reduced takings. In the US, WH Smith has already released a profit warning because of the effect on its travel outlets, while in the US, the Book Industry Charitable Foundation (Binc) has pledged support for booksellers. “Assistance may be available for the medical expenses of booksellers,” Binc says, “and to help booksellers in specific cases where store closure and/or loss of scheduled pay leads to the inability to pay essential household bills for an individual or family.”

Finally, some nice, non COVID-19-related black humour from Russo’s Books in Bakersfield California. The store was broken into but no books were taken. On Facebook it posted: “That’s either really funny or really sad.  Wouldn’t it have been funny if they stole The Book Thief? No, of course not, but I laugh so I don’t yell…” 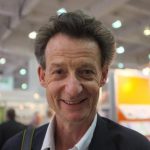 Roger Tagholm writes our Snapshot of the Week.